April 27th was the day that online advertising began to fundamentally change. Although most people think that it’s a war between Facebook & Apple (Since Facebook is the most vocal opponent), it’s actually much bigger than this. IOS 14 was a one-sided update forced down by Apple that essentially promotes one agenda: User privacy is back in the hands of the user. The user will determine who has access to his data and at what levels.I wrote a previous post that details those changes and what they will mean to advertisers which you can access here.

The point of this post is to provide an update almost 5 months after the initial update and to examine how it’s impacting advertisers now and what to expect in the future. So to start, I think this screenshot says it all. It seems obvious, but only until Apple stepped in, whether companies like Facebook could track your data off of Facebook was never your choice. 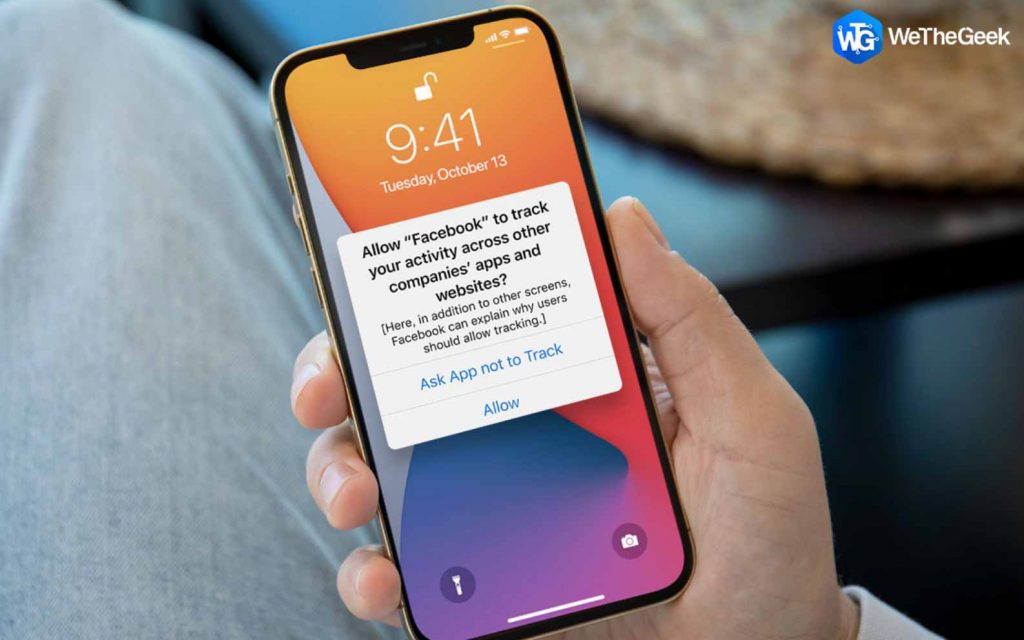 This in my opinion is by far the deadliest update that bites off the ability to learn and collect data off of what you do online for companies like Facebook, Tiktok, Youtube, and any other app for that matter. Think about how many data points they had. These advertising empires could map out your complete online behavior without you realizing it and now with a click on a button, you can shut that down. And the results? They couldn’t be deadlier. Advertisers across the board already claim that their advertising campaigns took a nasty turn but I think that the real picture won’t be revealed officially for years as they got their own internal reasons for disclosing the real numbers, but no one can argue how massive the impact is for advertisers.

Although advertising platforms are the ones that are “taking the hit”, it’s the small advertisers that ultimately pay the price. Virtually all advertising costs online are regulated by supply and demand between available ad space and the amount advertisers are willing to pay for that space. You would think that if advertisers are getting a lower return on their investment they will spend less money on ads, but that isn’t exactly the case. First, advertisers might be willing to compromise for a lower profit margin and continue to spend the same amounts of money on ads to generate a lower return. Then, if that’s not sustainable it will take a long period of time for them to accept that it’s no longer as efficient and slowly stop dropping spend to a point where it might make some ad spaces become less competitive and sell for a lower cost. Again, that might not be the case for all platforms as new industries might emerge that might be willing to pay higher amounts to reach users on the platforms, but it’s safe to assume that if the performance of the ads drops, advertisers will drop spend as well in the long term.

So what does Apple really want?

Well, money is the short answer because they are a business, and businesses the size of Apple don’t really tend to have values, they tend to just care about one thing – growing their share price. That being said, there are long-term and short-term goals. The short-term goal here was to stop giving free access to data from users that are using Apple devices, the long-term goal might be reselling that data in a way that what used to be free for advertising platforms, will now cost money. Yes, many of you might think that Apple is out there to protect your privacy by making it up to you to decide what data advertisers can access about you, and one part of my brain wants to believe it, while the other part says, “wait the first iPhone was launched in 2007, it took them 14 years to remember to take care of user privacy?”

Karma is a bitch. Platforms like Facebook have been extremely verbal in their disagreement and actually tried to get the support of small businesses to go against Apple in a sarcastic and ugly way. They did this because they realized the same thing that advertisers realized about their platform, what used to be free will now cost money. That endless invasive data that they used to collect for free, will soon have a heavy toll. The same strategy that they used, is now being played against them. Think about it, businesses used to get massive organic reach on Facebook and Instagram to a point where their businesses depended on it. Industries were born as a result of this free traffic. Then came along updates that terminated that free reach and forced businesses to pay for what they once received for free. Kind of like what Apple is planning to do. The way they do it might be different but the idea is the same.

Most meaningful changes that took place:

If you ask me, there are a lot of little changes that have very little impact over advertisers that perhaps are emphasized to cover some of the bigger changes, so let’s review:

Email marketing is next.

If you think it will change with apps and websites only, don’t close the article yet. On the next update of IOS 15 (exact date hasn’t been revealed yet) email tracking will also be limited. Apple announced a new feature for email privacy called “called Mail Privacy Protection” which protects users who use apple mail (initially) from giving access to their data and privacy. Mail privacy will prevent companies like Mailchimp and Klavyio from entering pixels into the emails that they send which they use to collect data on such as who opened and who clicked and purchased from the email and so on. It also includes information on what apps have viewed your information and how many times and allows you to hide your email and protect you from spamming. In my opinion, whether there is a long term interest here, this action has been long called for as email has been compromised by spammers and unwanted emails for such a long time. This step to me feels like a step in the right direction to protect our emails from spam and misuse of our privacy and personal data.

What the future holds for paid advertising.

Most of my writing is not backed strictly by hard facts and case studies, but more based on my own experience and all the data that I have accessed, but in my opinion, it is worth reading and examining, otherwise, I wouldn’t write it.

In 5 months, advertising online changed dramatically. The levels of panic that we’ve witnessed both publicly led by companies like Facebook and both of what I’ve seen by talking to people from the inside, says a lot not only about the present but also about concerns in the future. From the data that I have access to, the last 3 months have been extremely challenging for advertisers. Some might be related to the post-covid era where offline retail is back and people spent more money than they normally do, so they started pulling back, but mainly I believe it has to do with the IOS 14 updates. Algorithms and advertising platforms that have been around for years are trying to rebound after a devastating impact on their systems. Quarter 4 is here now and it’s historically the best quarter for retail, so many advertisers are anticipating a good turnaround. I personally believe that magic won’t happen and even though Apple might have long-term plans on how they plan to monetize their data, we’re still moving to a user-first privacy online advertising. I think that more limitations will come in the future and advertising platforms like Facebook & Google will have to adapt to advertising models that rely less on real-time user data and more on statistical modeling reports. In other words, much of the results that will be reported in the future will be estimated and based on sample sizes and not based on actual results provided.

If this wave of user opt-out continues, advertising platforms will be forced to be more upfront with the fact that they want to collect and sell your data to advertisers to make money and perhaps offer incentives to participate. For advertisers, it would mean that targeting and delivery will be less centric around “buyers” and more scattered broadly around all users on the platform. It will mean that what you’re reaching is not that accurate, but the cost to reach will also drop. This could potentially lead to a lower cost per visitor on your website but also a lower conversion rate. I think that it will also lead to more confidentiality among direct competition as the same information and method that helped you reach your potential buyers also helped your direct competitors in the same way.

It’s been five months since the Apple IOS 14 privacy update limited apps like Facebook and Google’s abilities to track your data. The effects of this update have already been felt in the online advertising industry as advertisers have been reporting that their campaigns have already taken a turn for the worse.

The Apple IOS 14 update has caused a cascade of changes throughout the industry: Most notably, Apple users now have the ability to ‘ask’ applications to not track their data, which many users are choosing to do. The 28-day view-through conversion algorithm is now limited to seven days for seven days after a user clicked on the ad and only one day after the user viewed the ad. The ability to filter conversions by demographic is also no longer possible. Lastly, conversion reporting takes several days rather than nearly instantaneously.

Why would Apple do this? At a glance, it appears that Apple genuinely cares about your privacy and wants their users to be protected from the free-for-all data access that mega corporations like Google and Facebook had from your devices. The underlying objectives are a bit more murky. It’s possible that Apple attempts to collect the data themselves and sell it off to advertising platforms at a premium. Their long-term goals are unclear, but make no mistake that their goals are motivated by their share prices.