Home » Blog » Why You Shouldn’t Duplicate Your Facebook Campaigns

There are many ways to optimize your Facebook advertising campaigns. An entire industry was created based on how to effectively run Facebook ads. The lack of official recommendations by Facebook created a gap for ongoing discussions and debates on the best ways to scale and optimize your ads. Unsupported theories and secret hacks became a big part of the narrative of running effective ads. One of the most common strategies that I’ve come across is the duplication method.

To explain why duplicating a campaign is a bad idea, it’s important to understand the fundamentals of the learning system which the algorithm uses to optimize your ads.

Learning is stored in two places. The first is in your ad set that is running the ads. The second is within your pixel that’s placed on every page of your website. Facebook uses a combination of both data sources to perfect the learning and deliver the best performance.

Your goal as an advertiser is to have as much data as possible. More data in the ad sets means a more stable and effective delivery. If you want to leverage Facebook’s machine learning capabilities, you need to set up your campaigns in the most effective ways. This means that you should aim for the fewest amount of campaigns possible and combine as much data into as few ad sets as possible. This will help you provide turbulence-free ads with more stable and scalable results. 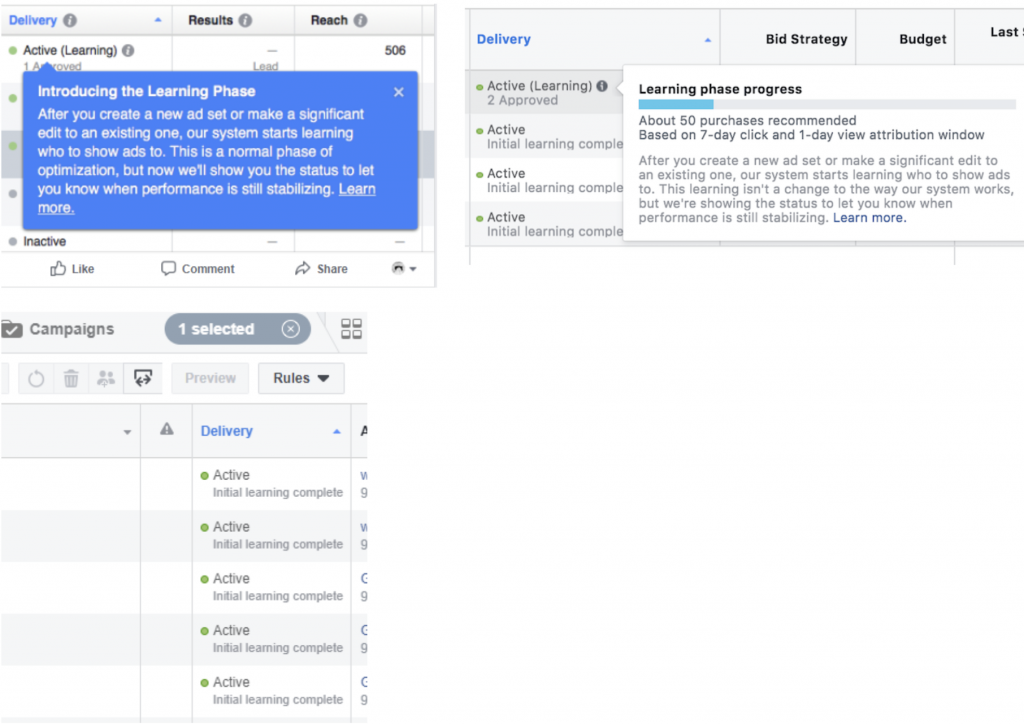 Here is evidence to support the above claim:

As you can see, Facebook recommends minimizing the number of ads running and focusing the budgets on the bigger ad sets.

Here are the top reasons why you shouldn’t use the duplication method to scale your campaigns.

What’s the alternative to duplicating?

Instead of using the duplication strategy to try to scale your campaigns horizontally, use the best practices to grow your campaigns vertically. Less is more. Create a limited number of campaigns and ad sets. Have faith in the algorithm and let your ads run without interference until the learning phase has been completed. Once it has been completed, instead of duplicating, grow your current ad sets by increasing their budgets and bids. Remember that there are no secret hacks that can deliver better performance. Work with the algorithm and rationally increase bids and budgets.

You should only duplicate your campaigns if you want to test a different style of creatives, audiences, or products. Another reason to use duplication is if your previous well-performing campaign has stopped delivering because you made too many changes or external factors impacted the performance of the ad set.

When you use the best practices you are leveraging the power of machine learning instead of working against it.

There are many tactics for optimizing your ads. Different advertisers use different methods. One common method for scaling campaigns is called the duplication method. Rather than increasing your ad set or campaign budget, you would instead duplicate your campaign and aim to grow your campaigns horizontally. Using the duplication method harms the algorithm’s performance, creates an overlap in the audience, impacts the learning system, and requires more work in terms of managing campaign bidding and budgets. I highly recommend reviewing the best practices and focusing on fewer ad sets to accumulate more data-rich ad sets for best performance

There are two keywords that advertisers use most commonly when discussing Facebook ads. The first is ROAS, which is the return on ad spend investment. The second keyword is SCALE. The scale is defined as increasing your advertising spend to increase your revenue.  The main objective of most advertisers is to get the best ROAS […]